Why do I have Panic Attacks?

Causes of Panic Attacks and How to Deal with them 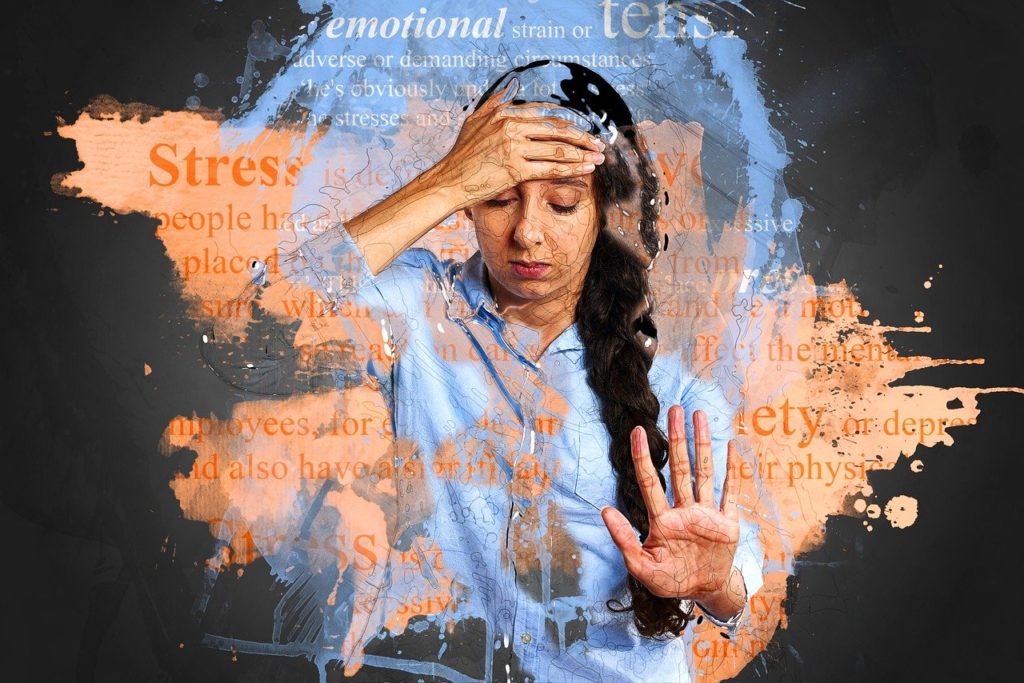 Panic attacks are sudden episodes of extreme fear. Many people experience them at least once. Here’s what you should know about panic attacks and their causes.

Sophia is a nurse in the ICU ward tending to critically ill patients infected with COVID19. The long hours, stress, lack of resources and help has been weighing heavily on her physically and emotionally, but it’s her job and moral obligation to tend to those in need, especially during a pandemic. Sophia isn’t a stranger to long hours and hard work, but the added challenges of the pandemic have been making things more difficult to cope.

One morning, as Sophia was getting ready for work, she suddenly felt her heart dancing in her chest. She started breaking out in a cold sweat, and she felt it hard to breath. She began to feel dizzy and nauseous, and then her vision started to fade as though it was “whiting out” like a camera lens. Her husband saw her struggling with her keys, and he called 911 after leading her to a chair to sit down. After a few minutes the symptoms subsided.

The doctor couldn’t find anything physically wrong with Sophia, and concluded that she experienced a panic attack, possibly due to the built-up stress she was holding in. The added stress of the pandemic pushed Sophia’s nervous system to overreact causing a panic attack. Turns out this was the first of many panic attacks Sophia would experience in her lifetime, and she’s not alone.

Panic attacks are a common mental health issue. Many people experience them at least once in their life. However, for some people, the problem can repeat and turn into a panic disorder. Here’s what you should know about panic attacks and their causes.

What Are Panic Attacks?

Panic attacks are sudden episodes of extreme fear. They appear as an array of physical and emotional reactions that don’t have a clear cause, although they are often triggered by mental conditions or stressful and traumatic events. The symptoms of a panic attack can vary from mild to severe, and they are different for everyone. Mild attacks usually don’t require a hospital visit, as the person can cope with the symptoms alone or with the help of a loved one.

There are cases where people experience severe panic attacks and end up in a hospital. This might be because the panic attack happens for the first time. Although these attacks are in no way life-threatening, the person experiencing them may feel that they are. People often think they’re going crazy or having a heart attack. These attacks are involuntary and you can suddenly just get them without any warning whatsoever. This can lead to feelings of shame or discomfort for the person experiencing it.

Panic attacks are a significant health concern to many people. They are scary and, for many, have led to the development of other mental health issues such as anxiety or depression.

The symptoms of panic attacks start abruptly. They begin without warning and can happen at any time of the day, no matter where you are and what you’re doing. You will, however, be more prone to a panic attack if you’re under a lot of stress as in Sophia’s case.

The symptoms of panic attacks can be both mental and physical, often appearing together. That happens because physical symptoms worsen mental ones and vice versa. A racing heartbeat will cause fear, which will, in turn, lead to trembling, causing more anxiety, and so on.

Here are the most common symptoms of panic attacks:

Although symptoms of a panic attack are different for everyone, there are common physical symptoms that are seen.

A panic attack usually starts with a racing heartbeat and shallow breathing.

Emotional symptoms usually happen in response to physical ones. Most people experience intense fear before a panic attack, followed by fears associated with their physical symptoms such as fear of a serious illness, fear of going insane, or even fear of death.

Panic attacks are quite terrifying. People who experience them once fear that they will happen again, which often leads them to experience and develop other mental health disorders such as phobias including general anxiety disorder, social anxiety and agoraphobia.

The physical symptoms of a panic attack are due to the human body’s nervous system, specifically the sympathetic nervous system. This is the body’s “fight or flight” system that’s meant to protect us from emergency situations. It’s helpful when you’re trying to run from a charging grizzly bear, but not so helpful when your perceived threat is an unreasonable boss you see every day. The human body can only sustain the stress response from these “emergencies” for a short time; however, most of us are in this constant mode of stress, making us susceptible to common mental health disorders such as anxiety and panic attacks.

When the body’s sympathetic nervous system turns on, the hormone adrenaline increases in your blood, causing you to be on high alert, and increasing your heart rate and blood flow to your muscles in preparation for “fight or flight”. You start to breath faster and shallower to take in more oxygen, your blood sugar spikes for energy, and your senses become sharper. This same physiological response, starting with the spike in adrenaline, has been associated with panic attack symptoms.

A unique study found surprising results that may actually predict when a panic attack may occur. This study found significant physiological instability one hour before someone experienced an attack, usually with the person who experienced the attack unaware of the preliminary effects, making it appear as though it happened without warning. The physiological points measured were respiration, cardiac activity, and sweating. This study may lead to future understanding and therapies for this difficult disorder.

Although there is no clear cause of panic attacks, both physical and psychological factors have been shown to play a role. Let’s take a look at how genetics, stress, and medical issues aid in panic disorder development:

The Genetics of a Panic Attack

How Stress Influences a Panic Attack

The first panic attack often comes after a lengthy period of stress. As we saw with Sophia, severe stress, such as from work, a  job loss, a death in the family, or a major life change can trigger anxiety leading to an attack. Small stressors can also build up in the body over time, leading to mental problems, such as anxiety and panic attacks.

Medical Conditions and Medications That Can Cause a Panic Attack

Similarly, certain medications and stimulants such as coffee or energy drinks can increase anxiety, and in turn aid in panic attack development. Specifically, withdrawal from medication such as antianxiety medication, or benzodiazepines, can lead to anxiety. A similar situation can happen after a night of binge drinking or as a result of insomnia.

The Prevalence of Panic Attacks

Panic attacks affect around 2-3% of Americans, with the first attack usually happening in early adulthood. Similar to many other anxiety disorders, statistics from 2001 – 2003 have shown that panic attacks are more common in women, and among adults about 44% reporting severe impairment from the attacks, and 25-30% mild to moderate symptoms. Statistics from 2020 reported higher cases of anxiety, up to 62% among adults in the United States, with 6 million Americans diagnosed with a panic disorder. Overall, statistics and our own everyday experience show that stress and anxiety are on the rise, putting more people at higher risk for experiencing a panic attack at some point in their lives.

What to do when you have a Panic Attack

Once you have experienced a panic attack, you are in a better position to know and recognize when it’s about to happen. The best ways to stop a panic attack from developing and intensifying is to:

If someone you know is experiencing a panic attack, the best course of action is to stay with the person until he or she rides out the attack. Stay calm, be encouraging and positive, and help them breathe by counting or breathing with them. Remind them that this is a temporary event, be patient, and offer them support for recovery.

If you’ve ever had a panic attack, you know how scary it can feel. You may fear it will happen again or that the symptoms will be too much for you to handle. However, there are treatment options, both natural and prescription, that can help you manage the causes of the attacks. Stress, anxiety, and panic attacks can be successfully managed, and you don’t have to deal with them on your own. It’s important to find a health and wellness professional you trust, and continue working with them until you discover the causes, triggers, and most effective solutions for your panic attacks.